In Part 1, we used colors to help develop a mental image of our fictional world.

In this part, we’re going to look at technology.

Ask yourself: What kind of technology is in my world?

I’m going to start with the three basics: Past, Modern, Futuristic. 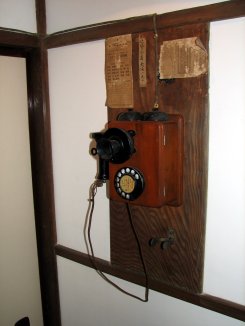 Past is very broad as the past expands thousands of years. Technology could be as basic as fire or as as complex as the commodore. The era determines what technology is available if your trying to accurate. For example, you won’t have cars in the eighteen hundreds or laptops in the roaring thirties.

Sometimes instead of picking the era first, you could pick the technology first. If you know you want everyone to be on carriages and communication to be through telegraphs, they you know what time period your story is taking place.

There’s another alternative to this by putting modern technology in the past, but we’ll get into that later.

Modern should be easy for everyone to understand as that’s the timeline we’re living in. This simply means our current technology. We have dishwashers, laptops, Netflix, and Alexa. Our robots are designed for simple tasks and we’re thriving to advance with self-driving cars.

If that’s the technology in your story, then you have a good idea what the society would look like.

If you’ve seen the commercials of the recent live-action Ghost in the Shell or even the 1995 anime movie.

You’ll have a good idea of what futuristic technology I’m taking about. If your story has advance robots, immense space-travel, self-sufficent homes, or unnaturally advance medicine, then your story takes place in the future.

Now, there’s some other technologies I want to take about.

Steampunk is a personal favorite. I love steampunk technology. I never know quite the right way to explain it. The dictionary defines it as: “typically features steam-powered machinery rather than advanced technology.”

Cyberpunk kinds rolls in with future technologies. Ghost in the shell, shows a great example of cyberpunk.

Wikipedia has this description: “featuring advanced technological and scientific achievements, such as information technology and cybernetics, juxtaposed with a degree of breakdown or radical change in the social order.”

Technology can add a lot to your story. Your technology will determine how much your character can do and their responses to different circumstances.

If you’ve seen Hansel and Gretel: Witch Hunters, you’ll see modern technology and concepts including weapons and insulin. If your going to mix up with past and future, I suggest go big like that movie did.

Then Cowboy Bebop technology is advance, but used common technology. They had VHS, TV’s with antennas, and everything seems to seems possible with old tech. It great how it showed the old and new mixed as it made it seem more relatable and possible. It creates a sense of familiarity to the story versus the extremely advance and modern technology where everything is seamless and perfect.

I suggest think about what your character is doing. Do you see them picking up their smartphone looking for cat pictures or are they writing letters? Can they get a robot to clean their house or are they a maid? Think about your characters actions and how they do them. It helps create a nice list of what kind of technology you need. Then once you know, you can create a nice addition for your fictional society.